I began a tenure-track position at a Research I university August 2013, a month after Trayvon Martin’s murderer was acquitted. Our academic year began in one of the university’s ballrooms with announcements of new faculty, food, and light banter. I was the only black face at our round table. I’d grown used to being the only, but this felt different. I remember chit-chatting about inconsequential topics so minor that I cannot recall the slightest detail.

I remember wondering if I should ask any of these white faces what they thought about Martin’s death or his killer’s acquittal. After all, we were scholars. I remember wondering if this incident mattered to them at all, not in a Black Lives Matter way, but in a we live in the state of Florida and this just happened in Florida type of way.

Instead, I remained silent, returned to my office, and prepared my syllabi for the semester.

That August, I taught a class that was at an integral phase for my students who were studying to be teachers. The class was right before their internship semester. Strict guidelines had been passed down from the previous professor. Students could only miss two classes. The consequence? They’d fail and have to wait an entire year to re-take the course. Rigidity was important because they’d be student teaching the following semester and had to learn the importance of punctuality and attendance. They were two semesters away from being professionals after all.

Long story very short, there was a student who missed more than two classes, and because I wanted to follow the rules I was given, I failed her. The day she realized I wouldn’t budge on my decision, she stood in the hallway demanding to be seen even though my office hours had ended. She stood, with her face inches away from mine and yelled. She’d made such a commotion that the office secretary came out and asked if I was okay.

“Yes,” I replied, my voice no louder than a whisper.

The girl left. I gathered my belongings and left to teach class. I wondered if any white, tenure-track professors had ever been yelled at, in the middle of the hallway, in front of their offices at this Research I university.

I never asked. Instead, I taught, wrote my grant, and prepared to conduct my study, in addition to having to participate in several conversations that reached the dean’s office about why I should change my mind about this student’s grade.

Other bothersome events occurred at this university, like the girl who placed an online order and had a Jimmy John’s sandwich delivered to class…while I was teaching. 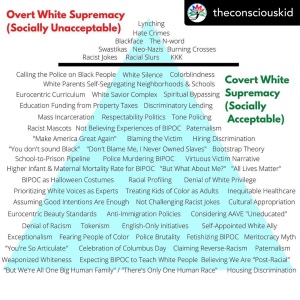 There was the time the same girl screenshot an email she’d sent to me to prove she’d completed an assignment. I noticed the emoji she associated with my name – an alien. According to her, she’d used that alien emoji for “all her professors.”

There was the time I was supposed to have a mentor. I asked for a black woman, someone with whom I could identify and navigate this particular university’s world. My assigned mentor was black and female, but she was not tenured. At the time, they didn’t have any black, female tenured professors in our college. She confessed that she had little to offer me by way of advice; she was just trying to keep her own head above water.

There was the time my white colleague asked me to speak to a black student about her use of Black English. I was tasked with placing her on probation if she didn’t learn to use “standard” English. How is she going to be an English teacher? my colleague asked.

There was the story of my incompetent, white, male counterpart, who initially made $12k more than I did, but who needed my help understanding how to create and teach his classes.

And, there’s the story of how I got this specific job in the first place. Spoiler alert: it was tied to Affirmative Action.

Since we’re all having moments of introspection and authentic conversations centered on race, I figured I’d share this partial list of how systemic racism manifested for me in three short years at a place I’d least expected it, the highest rated university in our educational system.

This post may be my last about race for a while, so I want to be clear.

Some black people will not encounter police brutality, but we will encounter white people in other spaces that weren’t initially created for us.

Subsequently, it’s important for two things to happen: 1) black people should speak up and be explicit about what we need, and 2) white people should understand systemic racism and determine how to engage in anti-racist ways.

For the latter, I think a great place to begin is with paying attention to the black people in front of you.

Thank you to Panamá for hosting us for 4 weeks. We ate well and relaxed hard.
This is called “How to get your life together after eating your life away in Panamá” 🚴🏽‍♀️🚴🏽‍♂️
I used to try to convince white folks racism existed. Now, I just write about my lived experience to affirm other Black and indigenous people ✍🏽✊🏽✍🏽