Today, I share a conversation I had with Timothy A. Dukes, behavioral specialist. We discussed parenting and children, specifically during the pandemic. However, he shared insights about how to help children re-set their behavior, as well as how parents should do something as simple as asking our children, “What can I do to make your day better?,” which can be beneficial even if there’s no pandemic occurring.

Our conversation can be viewed on YouTube or listened to on SoundCloud or Apple Podcasts. I hope these words help us all to become healthier versions of ourselves.

Someone asked me the other day what I thought a “new normal” would look like. In summary, I told her I didn’t know.

Prior to COVID-19, I ate out a lot at restaurants: fancy, new, local, whatever. I have no idea what a new normal will look like for someone who eats out as a form of socialization, with social distancing rules…and a mask. Will I wear my mask to the restaurant but then pull it down towards my neck when it’s time to eat, a mask-wearing no-no? Will the waiter wear a mask while describing the catch of the day? 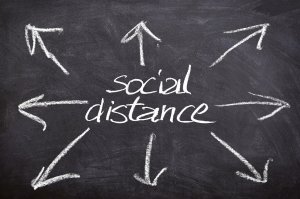 My daughter’s graduation has been moved to July. Will we sit in a university setting as years’ past? Or, will we have to sit six feet apart, even from the people with whom we came? I don’t know. And there is no space in my brain for the new rules. None make sense for a situation like this.

Recently, I’d seen reports of how K-12 schools might interact for the new year. Desks six feet apart. Lunch in the room, instead of a cafeteria. Teachers change rooms, instead of students. None of this seems reasonable because, logically, if Kid A has corona virus and Kid B does not, but they’re both in the same room, just six feet apart, but maybe sharing a pencil sharpener, computer, book (because Kid A forgot his), then Kid B may be in trouble anyway. Unless, they wear masks and gloves. Will they wear masks and gloves?

I’m writing this the first day that Florida’s shelter-at-home has been lifted. My husband is supposed to return to work May 15th. He says he won’t, unless his job has a plan for testing for reasons similar to the ones I’ve stated above with Kid A and B, just replace them with Coworker A and B and replace books, with stapler, copy machine, and open office concept, which was such a great idea at the turn of the century. Not so much now.

New normal? I have no idea what this refers to because, remember, it was just two months ago that this “normal” was thrust upon us; this is still new. We’re still shifting. 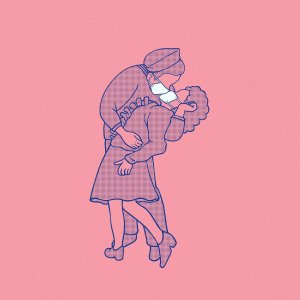 Will we no longer hug and kiss people, even those we love and trust hope to not be sick? That doesn’t seem normal to me. Come to think of it, in the midst of this pandemic, people are probably sneaking around hugging and kissing, if you know what I mean, because, yeah…we’re human beings who need physical interaction of all kinds. Don’t we? Or will that be a part of our new normal? Not touching one another.

So anyway, I don’t pretend to make baseless predictions of what the future will look like. Hell, I didn’t even know this would be a thing. What would make me believe I’d know what tomorrow will bring? I’m very comfortable saying, I don’t know.

But maybe you’ll play along. What do you think our “new normal” will be?

For the fourth service project in 2017, I decided to do something near and dear to my heart, tutor elementary school children. Can you believe it took me two months to find a place to actually volunteer? YReads, associated with the YMCA is the name of the program I chose. After I found a program, it took a full three months (or so) for me to be approved. I’d forgotten that working with children requires a million and one items: application, resume, three references, a webinar about not molesting children, and a background check. Sheesh! This is why I didn’t begin until April. 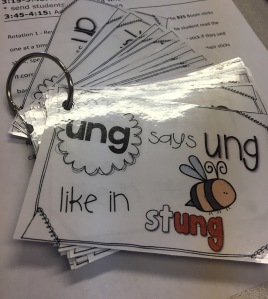 During April and May, I tutored children in reading. But, these aren’t just any children. Have you heard the term ESL? If not, it stands for English as a Second Language. These children attend one of Jacksonville’s designated ESL schools. I typically have the same two students at the beginning of the hour. One is from the Democratic Republic of the Congo, and the second half hour, I tutor students who are Hispanic, mostly from Mexico.

My time with these children has been hopeful. Little kids are resilient and motivated in a multitude of ways. For example, the Congolese girl moved to the States two years ago. English is one of four languages she speaks.

“Where you from?” she asked on day one.

“I live here in Jacksonville, like you,” I responded.

She’s so perceptive. Guess she’d wondered, as others have asked before, you not from ‘round here, huh? I ended up telling her that I was born and raised in Chicago and her eyes brightened. From that day forward, I knew Maya and I had bonded.

Week three she thought I wasn’t coming, and when I walked in the door, her face lit up.

“Of course Maya! I’ve been looking all over for you. I thought you weren’t here,” I put on.

I love children of all ages. It’s one of three things with which I have a natural ability. Therefore, tutoring for one hour a week wasn’t strenuous. And although I don’t know for sure what the impact will be, I suspect I’ve positively influenced Maya’s life in some way just by being there.

YReads is a state of Florida initiative; however, I’m sure your city and state has a similar tutoring program designed to support children’s literacy. Tutoring is a way to give back to your own community that is sure to yield high returns.

Have you tutored before? Do you teach or have you taught? Let me know what you think about this service project.

*Maya is a pseudonym.

Today I begin my twenty-second year as somebody’s teacher/professor.

Twenty-two years of building and re-building the delicate teacher-student relationship because each student is unique, no matter the institution

Today I begin my 22nd year in a profession that I pursued on purpose. Today I’ll influence someone’s future life…on purpose.

Sometimes I write a note to myself after I read another blogger’s words. This time I was visiting Eddie’s blog and he mentioned how we should “Make America read again.” Voila! I was inspired and created this meme based on his words. It was post-election, Literacy Week, and appropriate. 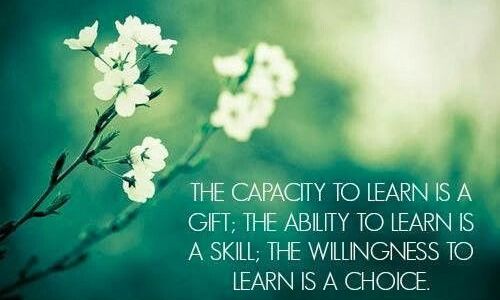 Okay everybody, brace yourselves. This week’s Other People’s Quote comes from a blogger who writes…<whispers> erotica. It’s sooo good. Her name is Mary Pamela and her blog is called Happily Ever After: H.E.A. She also does book reviews. Thanks for providing this Brian Herbert quote Mary Pamela!

Do you have a doc student or candidate that’s visiting for the holidays? If so, then trust me on this one. They probably won’t tell you, but I will. Don’t ask them these three questions.

When are you graduating?

This seems super harmless, right? It’s not. Refrain from asking any doc student, no matter where they are in the program, when she is graduating. She doesn’t know. Traditional full-time undergraduate students could probably answer this question. May, 2017, they might proudly announce. A full-time student pursuing a master’s degree might also be able to tell you. But a doc student? Unless she has successfully defended her dissertation and submitted it for university publishing and approval, then the likelihood of her knowing an actual graduation date is pretty slim.

What is your research about again?

What’s wrong with this question, you might be wondering. Well, the problem is the doc student has already spent countless hours revising and refining two or three questions that explain this very thing. She has probably been asked by nice and not-so nice committee members to consider the time of year, re-word the sentence after the comma, change the participants, or re-think the study altogether. She might even have a handy three-minute explanation of her work. But she probably doesn’t want to talk about it while scarfing down her mac-n-cheese.

What’s taking you so long?

This question is not easy to answer. The response could be any number of reasons. She could’ve lost a committee member, or maybe her proposal wasn’t accepted. Just those two reasons alone could average a one or two semester delay. Most institutions, colleges and programs are totally different. Some doc students finish in three years because of the prof’s personal mantra; whereas, others finish well beyond five years because of the same reason. Does the doc student have a spouse? Kids? Other responsibilities? Reasons why it is “taking so long” are plentiful.

Maybe this holiday season you can ask the person a simple question, like how’s it going? Or how are you? If she wants to discuss her graduate studies, then she’ll probably slip in a success story or gripe, but if not, then just let her enjoy her eggnog and your company. The reduced stress will be a welcomed change. 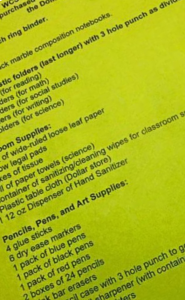 I hate school supply lists. As a former high school English teacher, my back to school list was pretty minimal. Students needed a journal, a three-ring notebook, some paper, pens, and an open mind. However, the last time I taught public school was ten years ago and I can tell a lot has changed.

It became noticeable when my own children began attending public school. At first, I figured it was because they were in elementary. Early elementary teachers asked for things like sleeping mats, crayons, safety scissors, and glue sticks. Upper elementary school teachers’ lists were contingent upon what the girls were required to do that year. For example, sometimes teachers asked for the basics: pens, mechanical pencils, and graphing paper. Other times, supplies such as tri-fold boards were required for special projects.

The first two-thirds of the list was the same. The girls needed paper, notebooks, three-ring binders, and different colored folders. Great. The last third of the list was odd though. It included items, such as a pack of dry erase markers, a ream of copy paper or a 68 oz bottle of hand sanitizer. What was happening was clear. Schools were (and are) severely underfunded, and as a result, teachers also needed supplies just to do their jobs at a minimal level. Consequently, some teachers put the costs of basic public education onto the parents.

I thought it was just my children and our public school system. But after talking to my friends, there seemed to be different variations across the country.

My Illinois friend’s public school list includes lab and book fees that sometimes total $1000. And if they don’t pay it, then grades are withheld or students can’t register. Sounds like a public school with a private school mentality.

Again, I understand why the lists have changed. What I don’t understand is the delivery. So I thought maybe teachers needed a couple of suggestions:

Most parents want to do what’s best for their children. And most parents value public education. But when you begin to combine the teacher’s wish list with the student’s required list, then you’re going to lose a little of the parents’ support and respect.

Are you a K-12 teacher? Please share how you ask for school supplies. If you’re a parent, do you have anything you’d add to this list of annoyances?