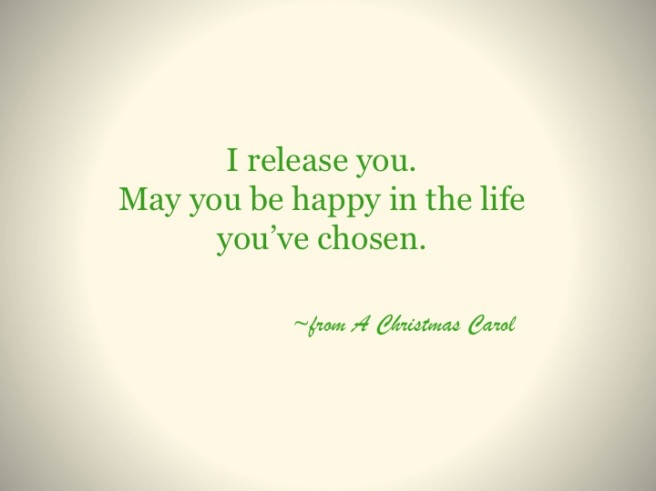 In 2015, I published my first book called, Kwoted. It is a book of original quotes that would pop into my head during my commute between Jacksonville and Tallahassee. It is only available on Kindle, and aside from glowing reviews from my goddaughter and cousin, I’m not sure what the actual impact was.

Recently, though, it dawned on me that this book was me talking to me.

This first section is heavy on believing in oneself and ignoring everything else, something I used to have an issue with. One kwote, “Remember, you can either perpetuate the status quo or envision a new reality; the choice is yours,” was solely for me. At the time, I was doing what I thought I had to do once I attained a terminal degree…work at a university, even if it meant sacrificing my time and health driving up and down the interstate. Once I realized I could create whatever kind of life I wanted, things changed.

Likewise, this kwote, “If you share your plans with someone and they give you the worst-case scenario, then find someone else to share your plans with” is something that used to be challenging. Whether it was a family member or a friend, I noticed there were two types of responses. Either someone would find 7,999 reasons why my ideas wouldn’t work, or someone would simply say, “That’s cool.” I started spending more time talking to the “That’s cool” people. My life improved.

Are you surprised that I have a section about relationships in this book? My dysfunctional relationship with my father influenced some of these kwotes. “Learn when enough is enough, for you, no matter what anyone else says,” is something I had to tell myself. This stemmed from years of everyone advising that my dad is still my dad, to convince me to continue talking to a man who made little to no effort to connect with me. Like any relationship, I had to determine when to end it.

There are also a few self-love kwotes in this part because I delved deep into understanding my self-worth and self-love issues. It was imperative that I begin to heal my past to have a better future with myself, which eventually improved my relationship with my husband and others.

From 1989-2014, I’d mostly lived my life on autopilot. I’ve written before about how my marriage had turned into a checklist of achievements. Well, my life, in general was about ticking boxes: attaining college degrees, teaching at a higher level, becoming department chair, graduating from a Tier 1 institution, and on and on and on. Enough was enough. I needed to take control by thinking about what I wanted to do. Section three begins with this kwote, “Sometimes you just need a different point of view in life.” I permitted myself to stop, tap into who I really was and what I really wanted, and then proceeded from there. For me, a “different view” meant a more conscious one.

“Give yourself permission to grow in ways that you value” was definitely to me. I needed to break free from the box I’d put myself in. Was I constantly achieving so that my dead mother would be proud? Was I accomplishing things to prove my biological mother’s decision to give birth wasn’t for naught? I had to figure it out, and I had to break free from the cookie-cutter way I’d learned to live that was based on society and familial values. I had to determine my own ideals and pathways.

I used to be quite the judgmental person. To be fair, I spent a lot of time with a very judgmental grandmother, and as we know, our caregivers are our first teachers. Eventually, I befriended people like me—judgmental. One friend and I used to sit on the phone and judge the shit out of others, like a part-time job. I’d gotten so bad that other friends called me out on my comments.

So, in 2014, I committed to trying not to judge anyone. Kwotes emerged. “You don’t have to denigrate other people’s choices in order to validate your own” is a passive way I noticed that people judge others. My favorite is “Your view of me doesn’t matter, and neither does my view of you.” This one tends to be controversial, but I stand by it. Once you’re living consciously and confidently, how can anyone else’s opinion (which is typically based on fear) matter? It doesn’t.

Kwoted was the voice I heard when as I struggled in these four areas. Whether it was my higher self, as some believe, my inner being, God, the Universe, or a higher power, it was there, guiding me on my journey to shape the person you know and the blog you read today.

Otherwise, as usual, I’d love to hear any comments about the kwotes I’ve shared.

Twenty-five years ago, I began my career in education as an English teacher. However, I didn’t enter the profession out of a profound sense of passion. Here’s what happened:

I began undergrad as a business major: business management, to be exact. However, there was an assessment everyone took to test out of remedial math (Math 109). I took and failed the test during orientation. Then, I took it again and failed at the beginning of Math 109. The university offered it again mid-semester. Failed. And again shortly after, which is when I passed.

That’s when I figured I needed to change my focus. How was I going to be a business major if I couldn’t do basic math?

I sought advice from one of my aunts, who suggested I become an English major. When I talked to the advisor, she said English education was a better option.

I’ve thought about if this one choice was a “mistake.” I mean, clearly, I have a passion for reading and writing, but did I need to become an educator? Maybe I could’ve been an investigative journalist, as my blogging buddy Dr. D. recently observed. Or perhaps I could’ve just begun a writing career twenty years earlier.

I don’t know. Falling into an abyss of what ifs is not good. I do not recommend it.

There are no mistakes. Whether consciously or unconsciously, we’re always making choices. But our choices are tied to who we are, our level of awareness at the time, and our self-imposed limitations.

At the time, I didn’t have a home to return to in Chicago, and I damn sure wasn’t going back to live with my grandparents. I just wanted to do whatever would afford me a salary and a ticket toward independence. An education degree did that.

However, I also didn’t know any writers. I’d only seen so-called safe and secure jobs: pharmacy technician, accountant, social worker. I couldn’t conceive of a career in writing, much less pursue a degree that may lead to one. My choices seemed limited.

I know what you may be thinking…why get more advanced degrees in the field? My answer is the same: lack of awareness and self-imposed limitations.

I had no idea I could’ve easily switched to an MFA or even a PhD in English, so I continued the same path I’d begun in 1991: Education.

I don’t have regrets, though. No. That’s not what this is about. I’m writing this to encourage anyone out there who believes he, she, or they only have one path. Not to sound cliché, but there are infinite paths for living life. Infinite. Think about what you want to do. Research your options. Talk to people who are doing what you think you want to do. Then, make up your own way based on your informed decision.

If what you want to do isn’t reflected in your family or environment, then don’t be afraid to create a life based on what you want. Guess what? That’s what I’ve done over the past seven years.

Today, I own a successful business, with no business degree. I’m a successful writer, without having an English degree.

I’m convinced each of us can do what we want. All we have to do is first believe it is possible.

Many thanks to Beth at I Didn’t Have My Glasses on for this one!