A democracy is “a government in which the supreme power is vested in the people and exercised by them directly or indirectly through a system of representation usually involving periodically held free elections.”

Sounds simple, right? The people have the power and we vote in elections so that other people can put in place the things we care about and want.

Well, just a second. I learned years ago that the United States of America is actually more akin to a republic, which specifically has an elected president, not a king or heir, and is “a government in which supreme power resides in a body of citizens entitled to vote and is exercised by elected officers and representatives responsible to them and governing according to law.”

Tomato…tomato, eh? I don’t know and I won’t bore you with more definitions. I’m just confused about what we’re doing here in America, which is supposed to be a democratic republic.

As I’m writing this, Kentucky successfully removed 3,530 polling locations. Closing polls made little sense to me. Even if this were a COVID-safety move and the government was concerned about social distancing, I don’t understand why the state would have fewer polls, instead of more. Wouldn’t more polls facilitate an easier process? 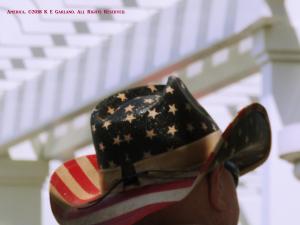 But you know what people in Louisville and Lexington did with one polling place? They stood in line for hours. The Kentucky primaries have ended. Joe Biden won. Charles Booker, a Black representative from Louisville, who ran to be the democrat on the ticket for Senate, lost. Was closing the majority of polling places purposeful?  Will Kentuckians demand their polling places re-open, or will this be the norm for not only that state, but also others?

Furthermore, whether we live in a democracy or a republic, I’m concerned that voter suppression, a common occurrence in our country, continues to be a thing even though supreme power is supposed to lie with the people, not its leaders. Is supreme power of the people an illusion? Did we ever really have this power?

Maybe we’ve acquiesced our power for something more entertaining. For example, what else happened when Kentuckians found out there would be one polling place? Did people complain a little bit and go back to binge watching their favorite online show? Listen, I don’t want to bash the good people of Kentucky. And I’m not a sky is falling kind of person, but we are living in critical times. Life is exhausting. We are experiencing all of the things all of the time, but we still have to use our collective voice to attain fair and equal treatment within our republic. Don’t we?

Poll closing is a form of voter suppression and can occur anywhere, in any state. So, I have a few questions: What would you do if your state closed 95% of the polling places? Would you stand in line for six hours and hope they didn’t close more in November, or would you demand that your democratic right to elect officials be easier?

Think this can’t happen in your state? Here is more information about voter suppression and how it effects specific socioeconomic classes, races, and ethnicities.