The word ally has been thrown around the last few weeks. And I wanted to clarify a few things about the idea.

An ally, according to Merriam Webster, is one that is associated with another as a helper: a person or group that provides assistance and support in an ongoing effort, activity, or struggle.

But what does this mean when we add the word white, as in white ally?

Loosely speaking, a white ally is someone who stands with Black people and our quest for equality and equity. However, I still want to go a little deeper.

Here’s what I’ve observed from decades of interacting with different types of white people in predominantly white spaces.

White allies speak up when something is “wrong.” Remember when I wrote about the girl who ordered a Jimmy John’s sandwich while I was teaching? Well, when I told the program coordinator about it, she called the student into her office and reprimanded her. This made space for the student to apologize and for me to handle it in a very upfront and authentic manner with the entire class. That same colleague also stood by and with me as we resolved the situation of the other student who’d failed. White allies do not shrink when faced with adversity that can be deemed wrong or read as racist.

White allies educate themselves about racism and then act accordingly. Many of the white people I personally know are either in academia or in academic situations. Consequently, my colleagues don’t ask me to recommend information; their reading lists are already extensive. These allies not only read, but they also apply information. During the first week of protests, a co-editor of a book I’m in process of publishing reached out to me and asked if she or the others could lighten my load. She recognized the trauma of watching a Black person murdered on video and offered a supportive solution. 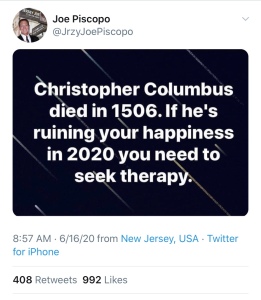 White allies use specific language. Words matter. As I scroll through all of my socials, I can tell who is with me in the fight for dismantling systemic oppression and who is not. #AllLivesMatter and #BlueLivesMatter are hashtags that symbolize a lack of understanding of Black issues and create separation of the larger issue. Churches and organizations that sponsor events to feed the police, while never mentioning how they can or have supported Black families who have lost lives due to police shootings send clear messages. Instead, allies share useful resources. Allies don’t say, “but what about…” Allies use #BlackLivesMatter with confidence and as a way to decenter themselves.

White allies are aligned even when there is no headline. At the risk of sounding cliché, many of my good friends are white. One of my friends is a woman who, during our teen years, lived less than eight blocks from me surrounded by Black people. She recently campaigned for Beto O’Rourke and has been a champion for social justice issues all her adult life. I have a Facebook friend who I’ve known since first grade; he is constantly raising issues about the injustices that Black people face in his California community. Another friend is a woman I met during my first job in academia. She has spent much of her 30+ career teaching Black children in culturally diverse ways and modeling how to do that for other educators. A fourth person is a white woman who has collaborated with others to diversify Oklahoma’s curriculum to include lessons on the Tulsa race massacre. White allies use their voices at all times because they realize systemic racism is a persistent part of American life.

Finally, for those of you who are still subscribed to this blog and sometimes comment with mutual understanding or add your new perspective of a social justice lens, I appreciate it. That’s my 5th example. White allies seek first to understand, not to advance their pre-established privileged perspective.

I also want to note that I have friends who are not allies and I know allies who are not friends; the terms are not synonymous.

Listen. I want everyone to be happy, healthy, and whole. Dassit. But it takes work. You have to sit with yourself in silence, seek therapy or self-therapy, and then as Iyanla says, “do the work.” Or not. You can ignore all of the things and blame your life on everyone around you. But you gone get what you get. It really is about choices.
I’ve had this alarm clock since the first semester of undergrad (1991). Today, it died, right around the same time I finished a draft of a manuscript that talks about some hard times I had in undergrad 😳
I’ve been spreading this message for years, so it’s super gratifying for one of my favorite #codependency coaches/accounts to have found value in it.