When I first received a packet of information from the Illinois Department of Children and Family Services outlining the events that led to my adoption, I called my then best friend to read her the contents. At first, her sniffles were low, but eventually they began to drown out my words.

“Why are you crying?” I asked.

By this time, I was 32 years old and had mastered muffling and numbing my own sorrows. I wasn’t going to sob about my own life, and I certainly wasn’t going to allow anyone else to mourn for me.

I suppressed the pain of discovering I was an abandoned five-month-old baby with the other emotional trauma I’d endured. The only thing about stuffing emotions into an abyss is that they’re never really gone. Pain. Sadness. Anger. Whatever emotion you’ve attempted to ignore stays with you. I learned this nine years later when I was 41. 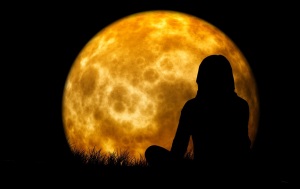 I’d decided to do a relationship meditation hosted by Oprah and Deepak. I thought the meditation would help me have a better relationship with my husband, father, cousins, and in-laws. What was surprising is the meditation really focused on the relationship I had with myself. This was achieved through chanting mantras and answering journal prompts. One of the questions asked this: What, if anything, are you afraid of finding out about yourself? Or something like that.

At first, I didn’t want to write the truth. But, after realizing I’d be the only one reading it, I decided to be as honest as possible. I scribbled these words: There must be something wrong with me for me not to have any parents.

And then, I cried.

I cried for the five-month-old version of myself, who must’ve been terrified being left in an apartment for days. I wept for a baby who was separated from her mother. In that moment, I realized I didn’t need permission to empathize for myself. So, I also cried for being adopted and not told to feel anything about the finding years ago. I grieved losing my adoptive mother. My final tears were for my adoptive father, who, no matter how much he uttered, “I love you,” had shown otherwise.

That day was pivotal. I’d waited my entire life for someone to green-light my emotions when really, I held the power all along. 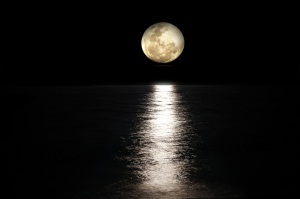 Afterwards, I stopped stifling tears and emotions. I began using honest communication in most situations. I refused to follow family and society’s made-up rules of engagement. From that day forward, I knew it was better for me to share emotions than it was to harbor resentment and damage myself further. This ranged from answering simple questions, like “How do you like working here?” to harder ones, like, “Why haven’t you invited me to your parties?” with truth. With many people, I ceased hiding my emotions, and subsequently, protecting theirs. I don’t mean to say that I trample on others’ feelings; that would be insensitive, but rather, I don’t hold back for fear of what others will think. I don’t owe anyone a lie or a watered-down answer because they’re ill-equipped to deal with how I feel or because they’re not used to hearing a different opinion.

Since that day, I’ve also learned how to move through emotions and determine why I’m experiencing a specific response. I have a phrase: I feel (fill-in-the-blank emotion) because of (fill-in-the-blank reason). It might look like this: I feel resentful because my family doesn’t consider how I feel around holidays. Sometimes I share these sentiments; other times, I don’t. The important part is to know how I feel and move through it.

Sometimes tears arise because I’m triggered by past life events, like the time I was watching TV and a woman and her mother were shopping for wedding dresses. I remembered how I shopped for dresses by myself and it made me sad. Being able to acknowledge that emotion and then pause for a second has been more supportive for me than pretending feelings don’t exist.

Finally, because I’m now more inclined to feel my feels and process emotions, I’m less likely to use unhealthy coping strategies. I no longer rely on people, relationships, or sex as a means to improve my mood or self-esteem. As a result, my relationships have improved because I’m interacting from an authentic space, not from a place of suppressed hurt and anger.

For me, an ability to feel has been liberating.

What better place is there to go for an essayist who is constantly writing about relationships than the Museum of Broken Relationships?
If you’re in the #jacksonvillefl area, AND you’re getting your hair right for the summer, then book with my daughter @kwik.takedown
@raekwon is an excellent rapper, but he was always too street for me; however, he’s the only vocal Wu-Tang one, and this book shows that 🍵 📖 🍵