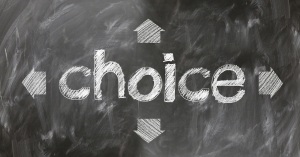 I had first written a piece about having an abortion over twenty years ago, then fifteen years ago. Each revision a nuanced version of the previous one, reflecting how my thoughts had grown throughout the years. One idea remained, and that is the procedure itself didn’t bother me. What vexed me was keeping it a secret from specific friends and family. I don’t mean to say that I wanted to shout it from the rooftops, but there have been many times when I wanted to insert it in a relevant conversation, like, “so when I had an abortion…” to support a point.

Here’s what I mean. Thanksgiving 2019, I was with my cousins. One of them works for his state’s health department. He was recalling how difficult it is to tell parents that their children have an STD or worse, HIV, mainly because (according to him) suburban housewives don’t want to admit their children are having sex, even after he tells them about their child’s sexually transmitted disease. One story led to another and we ended up on the topic of abortion and how that same woman demographic is pro-life. And that’s where I wanted to say, “so when I had an abortion,” but I didn’t.

It’s so taboo and it doesn’t go well with turkey and dressing. But, it’s because of this taboo status and made-up social rules that I believe many of us choose to remain quiet, instead of opening up authentic dialogue that could offer another perspective on issues that impact us all.

I imagine some people won’t relate to what I’m about to say, and I’ve made peace with this part because everyone can’t connect to everything, but for me, it is very important that I can be my whole self with people, no matter what. Being myself includes being able to open up about nearly everything. But, like many other things in my life, I’ve not only kept having an abortion a secret, but also my unashamed feelings about it. Both secrets were tucked away on a digital drive, until February. 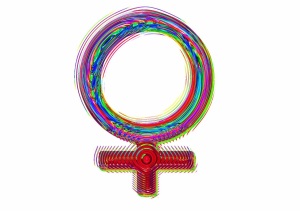 That’s when this personal essay was published. It was finally time. It was the opportune moment for my thoughts and writing to align with the era. Twenty years ago, wasn’t the right time. Sure, people were discussing abortion; they have been since it was legalized, but there wasn’t a full-on assault on the practice. Even with the novel coronavirus taking up much of our attention, abortion clinics are closing, and doctors are being fined and jailed. The actual abortion practice is shifting.

Had my article been published twenty years ago, it would’ve just been another story. Currently, the narrative is integral for women’s rights and for reproductive rights.

So, *here it is. Of course, I’d love for you to read it, no matter your political beliefs or whether you agree with my stance or not. My point is not to achieve consensus on the topic, but rather to start a conversation that begins with, “so when I had an abortion,” in order to humanize this event.

Because guess what? We’re never going to progress if we continue to keep experiences locked up in a proverbial closet.

*The referenced piece was first published on PULP, a sex/uality and reproductive rights publication celebrating this human coil.

51 thoughts on “Monday Notes: Reflecting on a Recent Publication “What It Actually Means To Be Pro-Choice””

Thank you to Panamá for hosting us for 4 weeks. We ate well and relaxed hard.
This is called “How to get your life together after eating your life away in Panamá” 🚴🏽‍♀️🚴🏽‍♂️
I used to try to convince white folks racism existed. Now, I just write about my lived experience to affirm other Black and indigenous people ✍🏽✊🏽✍🏽